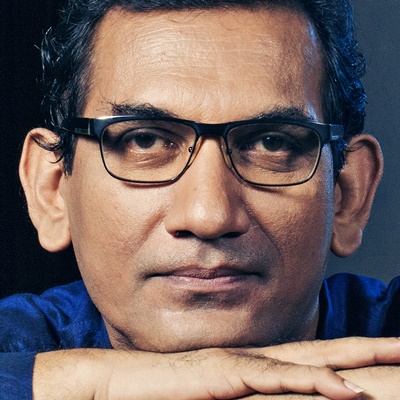 Senior lecturer and the Head of the Department of Languages, Cultural Studies and Performing Arts

Pradeep Ratnayake received his Bachelors degree and the masters degree from the University of Visvabharati, Santiniketan, India.  His specialization is on the sitar.  He received the highest marks ever received for a Bachelor’s degree in Sitar at Santiniketan. He was involved in research work in the Music Department and the Computer Music Department at Columbia University, New York, from 2008 to 2010 on a United States-Sri Lanka Fulbright scholarship.

Since returning to Sri Lanka, Pradeep’s work had been in academia as well as in the field of performing arts, where he has tried to popularize Indian classical music as well as an alternative avant guarde music, that fuses the Western, Indian and Sri Lankan traditions.  He does this through performances of hi own compositions in a series of concerts called ‘Pradeepanjalee’, which has drawn capacity crowds of music lovers in Sri Lanka and abroad.

Pradeep has introduced new subjects to his department, The Langauges and Cultural Studies Department, like ‘Creative Music’ and ‘Creative Music Technology’ to open out new worlds to his students so that they can create their own employment and become more employable in the job market.  The students are also encouraged to explore all possible avenues in the process of creating new music.

Pradeep’s prowess on the sitar made a High Commissioner of India in Sri Lanka, Mr. Nirupam Sen, dub him “The Ravi Shankar of Sri Lanka.”   Pradeep started playing the sitar at the age of five and gave his first public performance when he was just ten years old.

When the Symphony Orchestra of Sri Lanka and the Bombay Chamber Orchestra celebrated the 50th Anniversary of Independence of Sri Lanka and India together in 1998, a special work, Sitar Concerto, composed for Pradeep by Lalanath de Silva, the associate conductor of the Symphony Orchestra of Sri Lanka, was performed by both Orchestras, in Bombay (at the Tata Theatre) and in Colombo, with Pradeep Ratnayake as soloist.   Pradeep was also commissioned by the Central Bank of Sri Lanka to compose a work to celebrate its 50th Anniversary and that symphonic work, Indrakeelaya, was first performed at the opening of its New Headquarters building and resulted in Pradeep’s first CD of music.

Pradeep’s latest work, the Kuveni Concerto – a concerto for sitar, cello and orchestra was premiered by the Neubrandenburger Philaharmonic Orchestra in Germany in May 2010, with Pradeep and world renowned German cellist Ramon Jaffe as soloists.  It received a rapturous standing ovation from the German audience testifying to the universal power of music, for the concerto was based on a Sri Lankan dance melody to which both the orchestra and the audience could relate.

Pradeep Ratnayake has received the State Award for Music in Sri Lanka, the Bunka Award from the Japanese Embassy in Sri Lanka and the Signis Award 2012 for the most creative music director in cinema.  He works as the Head of the Languages and Cultural Studies Department in the University of Sri Jayewardenepura.  He is also a film music director in his country and has four CDs of his compositions to his credit.