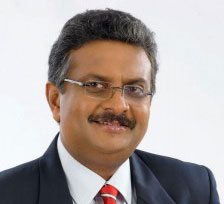 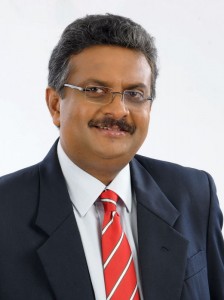 As the former Dean of the Faculty of Management Studies and Commerce (FMSC), during his tenure from 2009 to 2014, he strategically spearheaded the FMSC towards great developments in academic quality as well as in several important infrastructure projects that include establishment of new building complexes for the FMSC and PhD unit. Being a leader with a vision, he maintained a strong relationship with the students as well as the academic members and was able to take the FMSC to great heights of success.

With a M.Sc. in Economics of Rural Development from the Saga National University and a Ph.D. from Kogoshima National University in Japan, Prof. Amaratunge counts over 25 years of service as an academic at the University of Sri Jayewardenepura. He has published more than 50 articles in international and national refereed journals and proceedings.

Prof. Amaratunge was also a recipient of the prestigious Research Excellence Award in 2002, awarded by the Kyushu Society of Rural Economics, Japan, which is in addition to several other local and international awards. He is considered as an expert in the field of Economics with special reference to Rural Development.

From 2012 to 2014, Prof. Amaratunge rendered his service as a member of the University Grants Commission (UGC) of Sri Lanka and several other commissions and takes pride in being the youngest professor ever appointed to the UGC. He was the Chairman of the Federation of University Teachers Associations (FUTA) of Sri Lanka from 2009 to 2012 and it was his leadership and the strength of the team that led for the establishment of several sister unions of FUTA and the introducing of the research allowance for academics and grade one school entrance concept for their children.

Being an avid sportsman, he has engaged in sports both at Ananda College Colombo, his alma mater as well as in the University. Prof. Amaratunge was the Captain of the University of Sri Jayewardenepura cricket team and has won colours and best player awards for several years. He was also the President of Sri Lanka University Sports Association (SLUSA) from 2009 to 2010.

Prof. Amaratunge commands respect not only from the academia but also from the corporate world as currently he serves on the Director Boards of certain prominent companies in Sri Lanka in the capacity of an Independent Director. Prof. Amaratunge is a renowned personality, whose service extends far beyond the University community to the society.